In recent years a family from the St.Andrew’s congregation left the parish and the country for Melbourne, Australia. At their leaving, they left a bequest with Fr. John-Francis to be used in the church somehow and through discussions with the PCC the idea of a picture or icon was put forward. Several artists were approached and from outline submissions, an icon by the iconographer John Coleman was selected and commissioned. The finished item now hangs in St.Andrews by the doorway into the sacristy to the left of the great East window.

During its creation John took pictures at different stages between November 2011 – August 2012 and these can be seen below. An icon is created using several different artistic techniques and starts with a selected number of pieces of wood joined together to make the back board on which the outline is drawn then painted and gold leaf applied. 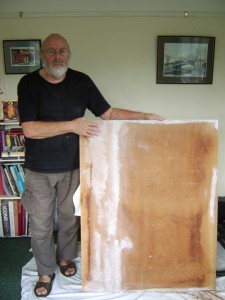 John Coleman and the backboard of the icon

With the back board (weighing around 25 kg) now created the task of bringing the icon to life starts. 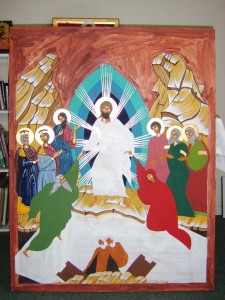 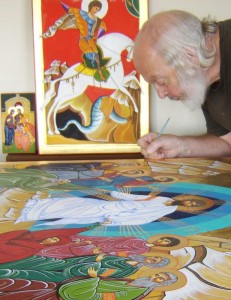 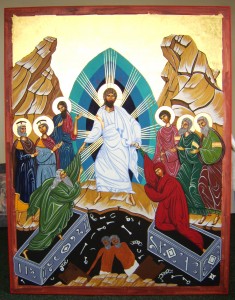 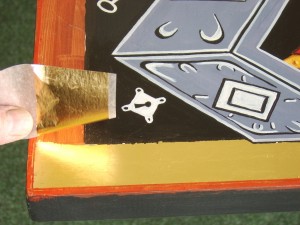 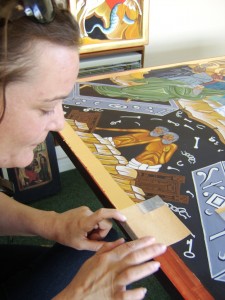 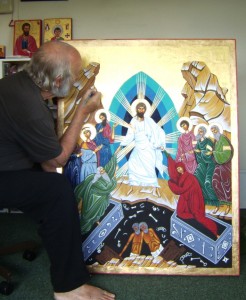 The finished icon was collected from Sherborne Abbey, Dorest (below) in the summer of 2012 where John was working and transported to Romford in the back of a Toyota people carrier by a member of the congregation who was on holiday in that area at the time. 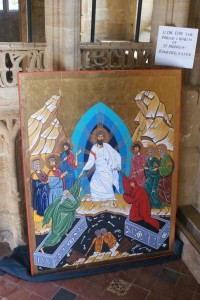 The icon in Sherborne Abbey 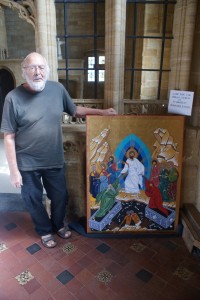 John Coleman with the icon at Sherborne Abbey 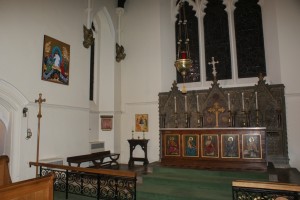 The icon can be seen on the left

It is with great thanks to the family that so generously gave the bequest that there is such a beautiful icon adorning St.Andrew’s.

Comments are closed, but trackbacks and pingbacks are open.